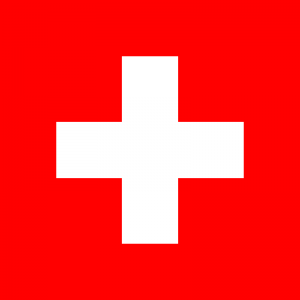 No major tournament in sight yet for the Swiss, who had been 4th ranked before the draw for the 1990 World Cup qualification. They had been involved in four World Cups in the 50s and 60s, but hadn’t qualified for a World Cup since the one in 1966, and usually had not even been close to getting there. Could they fare better in qualification Group 7 for the 1990 World Cup? They could have an idea of their standing from the 1988 Euro qualifiers, when they had finished 4th in their group, behind a reduced Portugal: as Portugal now looked to be reinvigorated, it was only likely that the gap between the two teams would increase. 1st and 3rd seeded Belgium and Czechoslovakia were also both expected to be superior sides, and few would put their money on the Swiss, despite there being two automatic berths in this group.

The Swiss national team had not featured in the World Cup since the ’66 tournament in England, where they for the second successive tournament had exited at the group stage after three straight defeats. Surely, as their domestic league had been gaining in reputation over the last few seasons, due to an upturn in finances among some of the country’s bigger clubs, their prospects were now better. The improved money situation had lead to some fine international names, with West German legendary forward Karl-Heinz Rummenigge being one example, arriving for a late career payday in Swiss football, but more importantly: It had meant that the leading clubs were able to hold on to their better players. Swiss internationals did not need to go abroad in order to earn a decent wage.

Manager Daniel Jeandupeux, a 39 year old former cap, like Philipp, had done well in charge of Toulouse in the French league, and had been appointed manager for the national team prior to the qualification tournament for West Germany ’88. They had failed to impress, winning only one out of eight matches, a 4-1 success at home to lowly Malta. Jeandupeux would probably feel a bit of pressure heading into the tie in Luxembourg City, with the Swiss fans expecting that they begin the ‘road to Italia’ with a win. Gone or phased out since the new boss had taken over the reins from predecessor Paul Wolfisberg were big players such as veteran defenders André Egli, Heinz Lüdi, and Charles In-Albon, as well as forwards Jean-Paul Brigger, prolific at domestic level, not so much on the international stage, and Claudio Sulser.

The positive omen for the Swiss, was that they had proved in the 1988 qualifiers to be a team that was difficult to beat, having lost only twice. Unfortunately for the Swiss, however, only one of the remaining games ended with a win. Did they now have the players who could find deciders in even matches and fire Switzerland to Italia’90? They did have a couple of players that had won international recognition, first and foremost libero Alain Geiger (St. Etienne) and Heinz Hermann (Neuchâtel Xamax). The latter was the closest to a Swiss world star, if there ever was one. But to find the goals? A young striker named Kubilay Türkyilmaz (Bellinzona) had recently had his breakthrough, and they would hope for him to grab the essential goals.

Daniel Jeandupeux had a rich federation to back his campaign, and was able to arrange a set of friendlies against quality opposition before the first qualifiers ahead of Italia’90.

Friendly
24.08.1988, Stadion Allmend (Lucerne)
Switzerland 0-2 Yugoslavia
Line-up: Corminbœuf – Tschuppert, Weber, Geiger, Mottiez – Andermatt (Zuffi 80), Hermann (c), Bickel (Schällibaum 73) – B Sutter, Türkyılmaz, Bonvin (Zwicker h-t)
Res.: Brunner, Piffaretti.
Noteworthy that 21 year old forward Türkyılmaz  here was used in the striker role – Jeandupeux was explicit about his uncertainty on Zwicker, and seems to have had a lot of belief in the Bellinzona forward already. Jeandupeux also had hesitations about Schällibaum after his last performance and instead tried Mottiez as a left back. Left winger this time was Bonvin, and Jeandupeux told media there was no need to rush things with Alain Sutter.