Despite only being seeded 4th for the qualification, the Republic of Ireland had undoubtedly become a force to reckon with in Europe under manager Jackie Charlton (1985 –). The 1988 Euro had proved this, with the Irish only narrowly missing out on the semifinals. No international friendlies for Ireland before the Italia’90 campaign, their last competitive match being the 1-0 defeat to the Netherlands in June, as Charlton evidently had a good idea already about personnel and style of play before going into the qualifiers. Charlton had however requested the Irish FA to schedule the three most difficult away games for the beginning of the Group 6 qualification. The FA were able to fulfill his wish, meaning that the Republic would begin their road to Italia’90 with three away fixtures on the row: N. Ireland, Spain and Hungary. 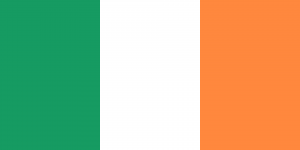 The visitors might have shaded the game over all, but a point was definitely not unworthy of the home side, who fought very well until the end. They defended doggedly, and would never allow the Republic time on the ball. They matched their neighbours physically, and both teams gave as good as they got. At times the pace was frantic, and perhaps it could be said that the match lived up to its pre-game billing. Mr Vautrot might not have had his best ever game, but he did seem more lenient during the second half, and allowed the game to flow rather well. Both sides will have been relatively pleased to gain a point from a tricky fixture. 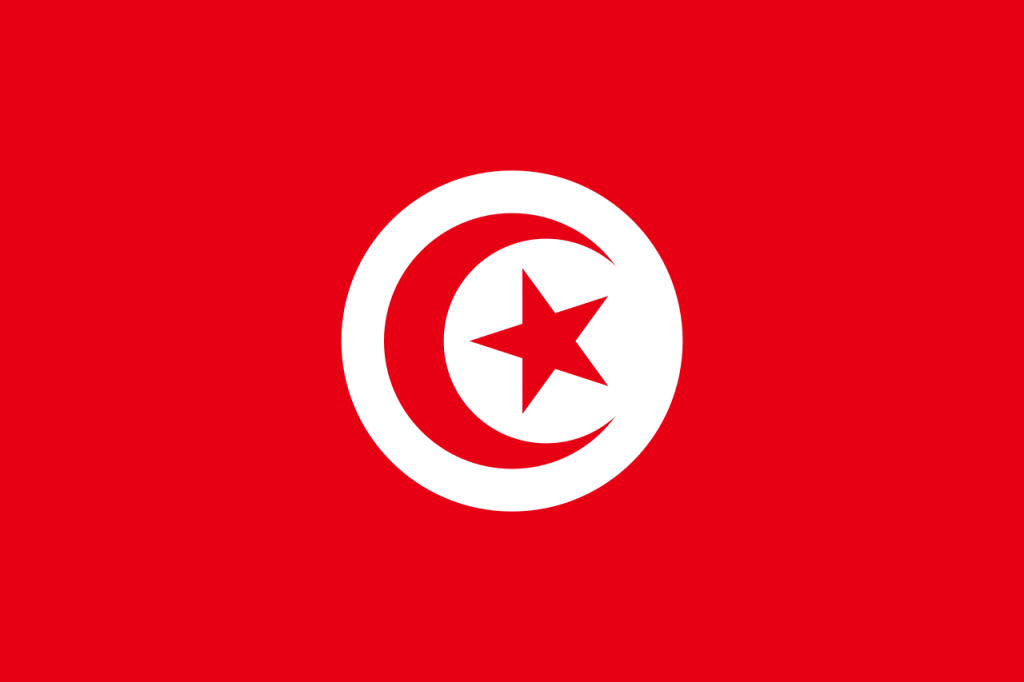 Emphatic win for Ireland, despite Charlton fielding an experimental XI. Young left back Steve Staunton made his debut for the national team, as did Arsenal defender Pat Scully (yet to play a senior match for his club side) when he was introduced for Morris at half-time. The match was however most notable for Aldridge’ 1st goal in the Irish jersey, ending a barren spell of 19 matches.

Ireland had to select an eleven without several regulars, and they were eventually overran in the second half. On a positive note, experienced centre half O’Leary had buried the hatchet with Charlton and featured for the first time in two and a half years at international level.

The match saw the return of Liam Brady to the national team, and solid midfielder Townsend made his awaited debut. The game was played at their former international stadium Dalymount Park rather than at Lansdowne Road.

This was a third consecutive away qualifier for the Irish, in which they gained a useful draw. However, they could only muster one decent attempt on goal throughout, and they had yet to score after their first three matches.

Finally, the first Irish win of the qualifiers as their initial pressure pays off. A cross from Houghton into the box proved decisive, and the Liverpool man enjoyed a brilliant game on the right hand side, constantly moving into spaces and picking up knock-downs. Spain couldn’t deal with the Irish long balls and were second best in the midfield battles.

This was an expected Irish win to take them up to second in the group. The visitors had deployed negative tactics, and stuck with these even after falling behind. Five of the Irish players had participated in a league title decider in England 48 hours earlier, and as a result the Republic were less energetic than usual.

A vital win for the Irish in their quest for finishing second, and it was their first ever win against Hungary. The visitors had no answer to the Irish long-ball tactics, and Townsend bossed the midfield.

Apart from Moran, Houghton and Sheedy, the Irish had put out a full strength eleven. Stapleton, now back in England playing second tier football for Blackburn, had scored the Irish goal. The visitors had been more experimental, with five of their starting eleven on less than ten caps.

Ireland almost made sure of qualifying for their first ever World Cup with big win against their nearest rivals. There was a carnival atmosphere at Lansdowne Road, and the Republic go through the qualifiers without conceding or dropping points at home. Northern Ireland were well in the game for long spells, but had been sucker-punched just before half time.

A lot of Irish fans had made their way to see their team secure second spot. They were never troubled by a somewhat tame Malta, and it was a sixth successive Irish clean qualifying sheet.

So Jackie Charlton would take Ireland to a first ever World Cup, and their second successive championships, having featured well in the European Championships preceding these qualifiers. They had been fourth seeds due to their lack of international stature prior to Charlton’s arrival, but still had looked just as likely to win a World Cup ticket as any of the two seeds right above them, Hungary and Northern Ireland. With their extreme focus on aggression in midfield, a tight back four and long balls to the front, they hardly won any awards for their technical ability, but they were very efficient and did very well what they set out to do. As Hungary stumbled in both matches against Malta, the Republic of Ireland had twice received gifts that they had not been counting on beforehand. And they took advantage through more or less securing their participation in Italy even before a ball had been kicked in the final match.

A total number of 21 players had featured during the eight match long qualification campaign, the lowest number among the five teams of Group 6. Moran, Houghton and Cascarino had all started every one of the eight matches, Bonner and Sheedy seven, and young left back Staunton had emerged as a player of good international stature. There had been perhaps more doubt about who should occupy the right back berth, where both Hughton and Morris had performed, and where even McGrath had been given the nod for the final game in Malta. In central defence Charlton had welcomed back veteran O’Leary after the two had finally buried the hatchet after two and a half years. Despite probably being only a third choice with every one of the central defenders available (McGrath was more or less considered only as a midfield alternative), the Arsenal stopper did manage 4+1 appearances, mainly due to McCarthy being injury plagued in the latter part of the qualification stages. Moran’s place was never in doubt. However, the now Sporting Gijón player had featured as a defensive midfielder in the defeat away to the Spanish, where Eire had been without several players due to injury.

Midfield: In Charlton’s 4-4-2, Whelan and McGrath were first choices in central midfield by the latter parts of 1988. They had both been absent for the trip to Seville, and Sheridan had won his only ’90 qualifiers appearance during the 2-0 defeat. Moran had filled in for McGrath in the defensive midfield role, but had been unable to do it anywhere near as well as his former Man Utd colleague. Another central midfield alternative had been Liam O’Brien, but he did not get a lot of playing time, only making one substitute appearance. As the campaign went on, Charlton had noticed how well Norwich’ industrious midfielder Andy Townsend had been doing in the English league, and despite not being born Irish himself, he would qualify through his heritage. Already by the end of the qualifiers he had established himself as a first pick alongside the excellent Whelan, as he was able both to act as a destroyer and being creative in one and the same role. He did add a new dimension to the Irish team. The ageing Liam Brady had by now been reduced to an extra.
The two flank men used were Houghton on the right and Sheedy on the left, both undisputed in their positions. In fact, Houghton, at the pinnacle of his career, turned in one performance after the other of the highest calibre, and was probably one of the continent’s best and most consistent players towards the end of the 80s. Sheedy was less spectacular down his flank, but would typically give a reliable showing. Tony Galvin had deputised once for Sheedy whilst the Everton winger had been out injured and unavailable for Spain away.

Attack: With target man Cascarino perfect for the kind of play that Jackie Charlton was preaching, there was only really one forward place up for grabs, and with Aldridge enjoying such prolific domestic seasons, he did seem the natural pick. However, Aldridge never really got going for the national team, possibly due to the direct nature of their play. He did seem to be more of a fit by the end of the campaign, though, and capped a good display in Malta with two goals, albeit one from the penalty spot. Frank Stapleton, the now ageing forward, had begun the two matches alongside Cascarino that Aldridge did not start, and there was eternal substitute Niall Quinn to draw on from the bench if need be. Quinn was still young and learning the trade at international level, but had proved a big handful in the English first division with Arsenal.

The Irish fans had won a lot of international praise after the way they had conducted themselves in West Germany in the summer of ’88, and they were seen in sharp contrast to the English, whose reputation was heading towards an all time low following a lot of scandals whilst on their travels. They were good-natured, the Irish fans, and stood by their team through thick and thin; about 4500 had turned up in Valletta for their final match. Now it is time to see what the Republic of Ireland can do in a World Cup.

Explanation to table: Number of rated games: 8. A player needs to have obtained a rating for half or more of the games in order to feature

Friendly
27.05.1990 Turkey 0-0 Republic of Ireland
Line-up (4-4-2): Bonner – Morris, McCarthy (c), O’Leary (Slaven 68), Staunton (Hughton 52) – Waddock (Byrne 52), McGrath, Townsend (Sheridan h-t), Sheedy – Aldridge, Cascarino
In facing a Turkey where Piontek was in charge for the first time, Charlton went for the familiar, although the inclusion of Waddock to the right in midfield might have surprised a few. It turned out to be a very dull game where pace and goal attempts were both absent throughout. Defences on top, and O’Leary looked very sound as long as he was on the pitch.