Belgium, having participated at all major tournaments in the 1980s, except for the 1988 Euros, which they narrowly missed out on, were 1st seeded in Group 7. Even if not considered an elite member of the European football family yet, despite being semifinalists in the 1986 World Cup, they looked comfortable favourites in their group. Portugal and Czechoslovakia had both question marks around them, and Belgium in comparison just looked solid. Read more… 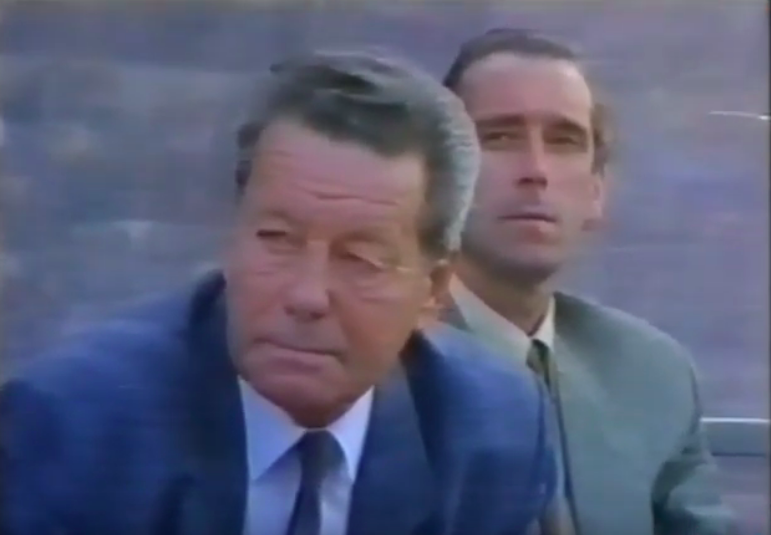 Belgium (4-4-2): Bodart – Grün, Demol, Clijsters, Versavel – Emmers, Van der Elst, Scifo, Vervoort – Nilis (Severeyns 76), Ceulemans (c)
Belgium were in full control in the first half and had plenty of chances to get more than the one goal they found. Thys’ team selection of a young and dynamic side looked an excellent one, with the team sweeping over Switzerland for the entire 45 minutes. But the complete dominance must to a large degree be explained by the guests’ tactical naïvity. All in all a good game by Belgium, although you must question the number of chances they squandered.

Belgium (5-3-2): Preud’homme – Gerets (c), Grün, Demol, Albert, De Wolf – Emmers, Scifo (Van Der Linden 75), Van der Elst – Veyt, Christiaens (Nilis 79)
This was a surprisingly one-sided game, with Czechoslovakia in full control from the word ‘go’. Thys will have been content with the one point, but perhaps disappinted to see his team unable to impose themselves, to the degree that they found themselves under a siege for large periods of the match. They had had very little to offer attacking-wise, with their turnovers being of a sub-standard quality.

Belgium (5-3-2): Preud’homme – Gerets (c), Grün, Demol (Van Der Linden 82), De Wolf, Versavel – Emmers, Van der Elst, Scifo – Ceulemans, Degryse
Thys had fielded a side with much creativity up front, but was stifled by Portugal compressing the spaces. The 5-3-2 did much better than in Bratislava and enjoyed possession for long spells, but although they had a surplus in the centre of midfield, there was a lack of options in wide play. Ironically, Van Der Linden somehow scored from the touch line to save a point for Belgium!

Belgium (5-3-2): Preud’homme – Gerets, Grün, Demol, Albert, Versavel – Emmers, Van der Elst, Ceulemans (c) – Nilis (Van Der Linden 66), Degryse
This was at times a scintillating match in which the Belgian hosts were very impressive against strong opponents. Marc Degryse proved a big thorn in the visitors’ side with his two goals, and the fine mix of young and experienced saw the Belgian unit with so much pace to burn, especially in the attacking third.

Belgium (4-4-1-1): Preud’homme – Sanders, Albert, De Sart, Versavel – Emmers, Scifo (Van Der Linden HT), Van der Elst, Vervoort – Degryse (Veyt 76′) – Ceulemans (c) (Nilis HT).
Thys’ final game on Belgian soil before handing over the reins to Meeuws. Debuts are given to libero Jean-François de Sart and Koen Sanders in a game where a late Van Der Linden penalty won it for the home side. Substitute Veyt had been fouled to win the pen. Cautious and well-disciplined performance by Belgium, but a bit unimaginative.

Belgium (4-3-3): Preud’homme – Gerets, Sanders, Demol, Versavel – Emmers, Van der Elst (Scifo 74), Vervoort – Degryse, Ceulemans (c), Van Der Linden
Belgium ran out very comfortable winners in a match in which they did not always turn on the pace, yet when they did they were far superior for their part-time ‘hosts’. Van Der Linden was the big talking point with his four goal haul, but there were fine performances elsewhere too, perhaps notably by big striker Ceulemans. 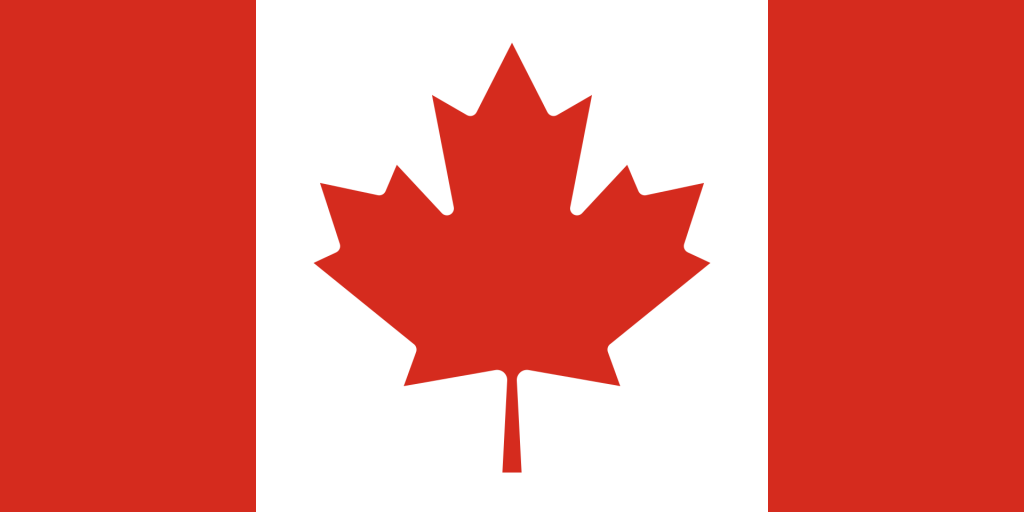 Belgium: Preud’homme – Gerets, De Sart, Sanders, Albert, Vervoort – Emmers (Houben h-t), Van der Elst, Degryse – Van Der Linden, Ceulemans (c)
Rare opportunity for Thys to try some new players, although it’s still mainly a safe selection. Most noteworthy is the inclusion of De Sart and Sanders in the central defence (and perhaps also Albert?), who had been a part of Thys’ plans for some months now. Houben of RFC Liège makes his debut.

Belgium (4-4-2): Preud’homme – Gerets, Grün, Demol, De Wolf – Emmers, Van der Elst, Degryse, Versavel – Van Der Linden (Nilis 87), Ceulemans (c)
Meeuws’ first qualifier in charge, sticking to his 4-4-2 and using Degryse as his midfield playmaker instead of out-of-form Scifo. Nervous start for Belgium, seemingly unable to handle Futre, but as soon as they expose the shaky Portuguese defence, they never look back. There’s much possession and little width at times, but they excel on the counter. The pairing of Van Der Linden and Ceulemans looks a success.

Belgium (4-4-2): Preud’homme – Gerets, Clijsters, Demol, Versavel – Emmers (Scifo h-t), Van der Elst, Degryse, Vervoort – Ceulemans (c), Van Der Linden
Despite not reaching their potential apart from in shorter spells of the match, Belgium all but qualified after securing a draw in Basle. They had chances enough to win the game, but there was some wasteful finishing, and their defence and ‘keeper did not look as secure as often before. Scifo came on for the second half to dominate proceedings along with Degryse, and Versavel at left-back assisted for both goals.

Belgium (4-4-2): Preud’homme – Grün, Clijsters, Broeckaert, Versavel – Emmers (Nilis 76), Van der Elst, Scifo, Boffin (Claesen 75) – Degryse, Ceulemans (c).
An easy win had been expected for the Belgians who had triumphed by 5-0 in the ‘away’ fixture (played in France). They never got going, did the Belgians, and Luxembourg managed to keep the pace down, frustrating the home side all afternoon. Until four minutes from time, when they struck through one of their few efforts on target. Parity was restored just over two minutes later, as Belgium based midfielder Hellers equalized. A lot of the home team’s players seemed to have underestimated the opposition. The Red Devils now face an anxious wait to see whether they’ll finish first or second in the group.

With question marks around Portugal and Czechoslovakia prior to the campaign, Belgium had been touted as favorites to win qualification group 7. They also largely fulfilled expecatations, securing their ticket to Italia’90 with some comfort. Ironically, however, they ended their campaign as a team subject to much doubt, as the team struggled to find its shape under new team manager Walter Meeuws.

The qualification saw Belgium begin with some good results. A very good performance against a sorry Switzerland was followed up with key draws in Czechoslovakia and Portugal. They were lucky however in both the two latter matches: they had a hard time in Czechoslovakia and only secured a draw in Portugal because of Van Der Linden’s late, soft goal. Their midfield was too easily ran over, and while good at keeping possession, they looked narrow and slow. Two away draws were valuable, though.

The reverse fixture against Czechoslovakia brought a turnaround for the team’s performances. Their 2-1 win against Czechoslovakia in April 1989 was a brilliant attacking display, with Marc Degryse emerging as a key player in the team. Next, they hammered Luxembourg 5-0 and started autumn with an emphatic 3-0 win against Portugal (Meeuws’ first game in charge), meaning that they were firmly in the driver’s seat for qualifying. By this time, Degryse had replaced Scifo as the main creative force in the team, with the latter struggling with his form and often placed on the bench. Also, Van Der Linden forced his way into the team, and unexpectedly ended up as top scorer in the UEFA zone.

And yet, the campaign ended on a somwhat sour note. Guy Thys had handed over the reins to Walter Meeuws, and some of the doubts that would ultimately end his tenure prematurely started to show by the end of autumn. They played an entertaining 2-2 in Switzerland, with Scifo making a comeback, before Luxembourg deservedly held them to a draw in Brussels – a lacklustre performance that sparked some of the dismay that eventually would cost Meeuws his job. Mixed emotions, but all in all Belgium did a professional job to qualify for Italia’90, probably hitting their best form in summer 1989 with those wins against Czechoslovakia, Luxembourg and Portugal.