Paraguay arrived for the start of the World Cup qualification on the back of a very recent managerial change: Since their appearance in the second (and final) group stage in the 1989 edition of Copa América, which had finished on July 16, Argentine boss Eduardo Luján Manera had been replaced by Cayetano Ré. The latter, aged 51, was indeed returning to his former managerial post, as he’d led the Paraguayan team during the 1986 World Cup in Mexico, where they had reached the round of 16, bowing out to England.

In a tight-looking group, Paraguay would surely prove to be a match for both Colombia and Ecuador, and, as you’d expect, particularly at home in their capital of Asunción, where they’d be playing both matches in the Estadio Defensores del Chaco. Could they go all the way and win the group, and qualify for the inter-continental play-off match against the winners of the Oceania group, though? Read more…

With returning manager Cayetano Ré back in charge, Paraguay welcomed several stars who had missed out on their Copa América campaign. They were clearly improved having Romero, Nunes and Hicks back in the mix. In their 4-3-3, Paraguay dominated the game for large spells, though they couldn’t quite penetrate the visiting defence. Substitute Javier Ferreira and debutant ‘keeper Chilavert, with an injury time penalty, won them the game after they thought they’d lost a point following a late equalizer.

Paraguay won their second successive qualifier, and are in pole position ahead of their two away trips. It was never easy against an Ecuador side which enjoyed the majority of the possession, but on an afternoon when the Paraguayan midfield failed to wrestle control of the tie, their defence, wonderfully marshalled by captain Delgado, stood firm. Cabañas was back in the side, and his excellent header saw them go in 1-0 at the break. After addressing their somewhat unbalanced midfield, bringing on Romero midway through the second half, the hosts immediately increased their advantage through youngster (Javier) Ferreira. Still, there was late drama as Chilavert saw red for an outright stupid trip on goalscorer Avilés, and with no more substitutes allowed on, Romero took over in goal for the final few minutes. Paraguay saw time out, and clung on to two precious points. 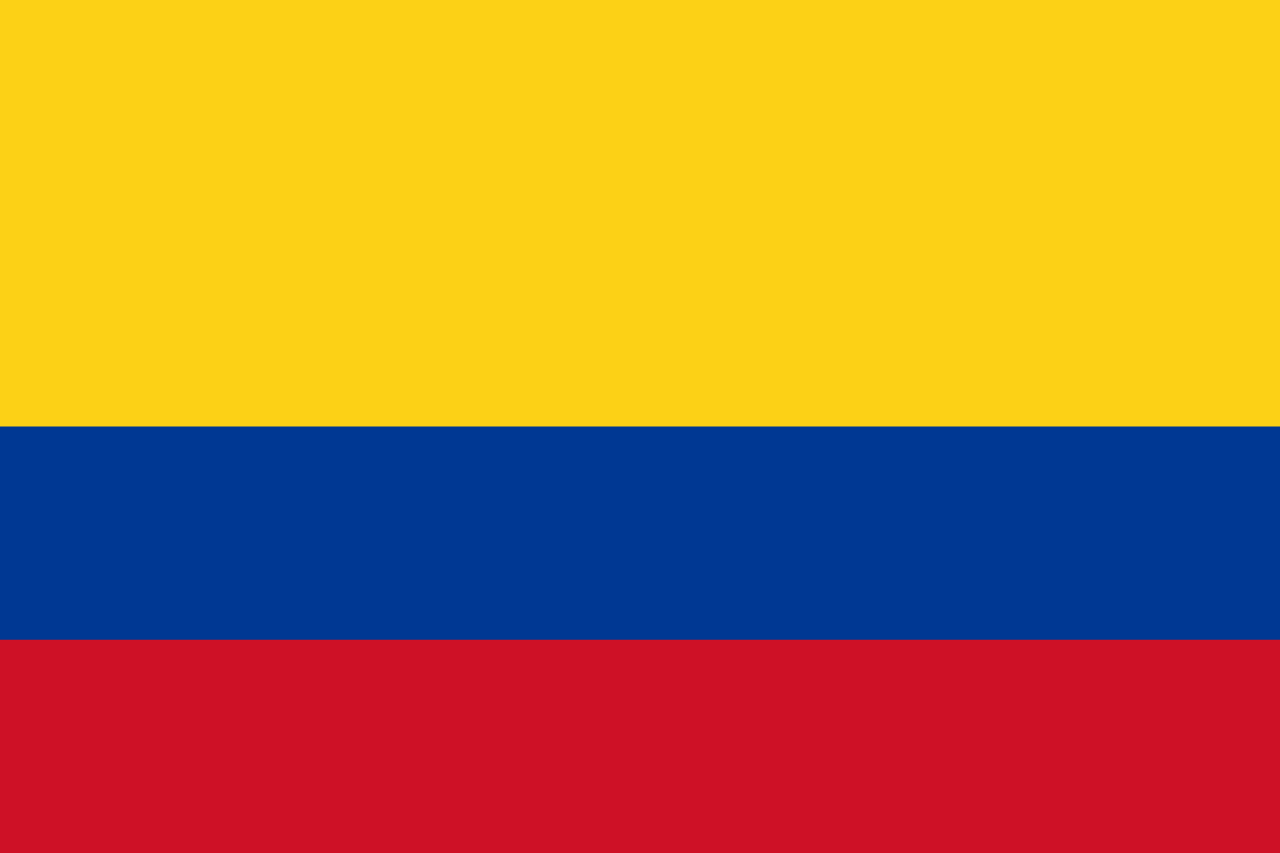 A point in their penultimate qualifier, and Paraguay were already group winners. However, tackling Colombia away from home was always going to be a big ask, although the visitors’ first half performance certainly gave hope. They’d sat deep and counter-attacked, and Mendoza had struck beautifully right on half-time to even give them a buffer. Against a changed Colombia after the break, though, Paraguay completely gave away the midfield, and with Nunes a disappointment, possibly following a first half knock, Guasch was more or less left to fend off the home side’s Fajardo and Redín on his own. It didn’t work. By the halfway point in the second half they were behind, and having used both their substitutes, Ré couldn’t make further changes to try and turn the flow of events. The loss was deserved.

After their failure to secure a first place finish the previous Sunday, Paraguay had yet another opportunity to sement a place in the intercontinental World Cup play-off. They arrived in Ecuador as favourites, and had even brought highly experienced midfield man Cañete back into the fold for his first participation of the current qualification. In a rare 4-2-4 formation, Paraguay also fielded Brest pair Cabañas and Mendoza at the same time for the first time, and like last weekend, they went in front. However, they were up against a spirited home side, and were pegged back only a few minutes after. Paraguay failed to truly put Ecuador to the test, and conceded a number of opportunities on the break. Ultimately, they were punished twice, and even lost tenacious midfielder Nunes to a stupid red card towards the end. After much promise, the Paraguayans’ World Cup qualification campaign came off the rails.

Along with Uruguay, Paraguay were the last time from the CONMEBOL qualification for Italia ’90 to make their bow, and they did so in a thoroughly entertaining and not least dramatic fixture at home against their anticipated main rivals for the top spot: Colombia. While the first half had been goalless, the Paraguayans came to life in the second half, and opened the scoring through substitute Javier Ferreira. The Mexico based 20 year old midfielder had replaced one of the continent’s great playmakers, Julio César Romero, and had instantly become a hero. While Colombia equalized with five minutes remaining on the clock, there was late drama in the game which contained a sending-off as well as six yellows: The visitors’ ‘keeper clattered into Paraguay captain Rogelio Delgado as the game had just entered additional time, something which saw the Colombian players go absolutely livid. They needed to be restrained by the law enforcement, and the kick could only be proceeded with some five minutes after the decision had been made. Eccentric goalkeeper José Luis Chilavert converted duly.

Ecuador at home had probably been expected to be something of a routine win by many, but the Ecuadorians had proven during their 0-0 home draw with Colombia the previous weekend that they were in the group not just to make up the numbers. While Romero, probably not entirely fit after missing the recently held Copa América through injury, was on the bench, manager Ré had star striker Roberto Cabañas available to him again, and the France based ace scored with a powerful first half header. After the break, another goal from youngster Ferreira saw Paraguay go two up, though they were never truly comfortable, and when Ecuador pulled a goal back, they needed to see the game out with ten men, as Chilavert got himself sent off for an attack on goalscorer Avilés.

Four points from two had put Paraguay firmly in the driver’s seat, and they could head to Colombia knowing that a draw would suffice to see them through to the intercontinental play-offs, even before their final qualifier. It had looked good when they went in front just before the half-time whistle, with the other France based forward, wide left man Alfredo Mendoza, rifling one into the back of the net from an angle. Despite Romero giving his best performance of what was, on his behalf, a poor qualification, the home side totally dominated their visitors after the break, and strikes in quick succession turned the game around, without the Paraguayans being able to mount a comeback.

Defeat in Barranquilla hadn’t needed to spell the end of Paraguay’s World Cup qualification: A win in Guayaquil in their final tie would still see them finish the group ahead of Colombia. In an attacking formation which saw them somewhat unbalanced, however, Paraguay were never anything resembling the side which had begun the qualification, and despite taking the lead for the second straight away game, they would succumb to a home side which showed far more endeavour and enthusiasm, at least towards the end of both halves. It is not that Paraguay were without opportunities, but they simply had no answer to Ecuador’s quick transitions, and the lively Aguinaga enjoyed a field day. The home win had been well merited.

Gradually, Paraguay had looked poorer and poorer as the qualification wore on. Their play was without much-needed energy, and perhaps was their midfield lacking in creativity due to Romero’s restricted participation. They also showed some ill discipline towards the end in Ecuador, and did not really exit the qualification with much pride intact. What lay ahead now was surely a turn-over in the playing staff, as the majority of the team which had taken to the field in the 1986 World Cup had still featured in this qualification. Some no longer appeared to have the necessary drive to succeed at the ultimate level.

One to watch for the future, well, even at present, was 17 year young, powerful forward Gustavo Neffa, who featured in all four qualifiers. He was rumoured to be on his way to Juventus in Italy, no less. With the benefit of hindsight, we know that he would have his dream come true.

Manager Cayetano Ré would leave his post in the wake of the failed attempt to qualify for Italia ’90.

Explanation to table: A player must have obtained a rating in three or more matches in order to feature

As yet another among the South American nations not to play another international for a considerable amount of time, the Paraguayans were only next in action on 27 February 1991 (!), when they would draw 1-1 against Brazil in an away friendly. By then, Cayetano Ré, who had returned to lead the national team through the World Cup qualification, had long since departed, and manager was Argentinia born Spaniard Óscar Valdez, a former Valencia coach.