Czechoslovakia came into qualification Group 7 as the team ranked third, having not participated at a major tournament since the 1982 World Cup. Time for the runners-up from 1938 and 1962 to qualify for the biggest stage again? Most recently they had been led by legendary player Josef Masopust (1984-87), but missed out on a place in the 1988 Euro qualification. They had not done too badly in these qualifiers, where they ultimately lost out to Denmark with 1 point, the main reason for this being a disappointing 3-0 loss in Helsinki. Still, Czechoslovakia had to be counted among the large number of decent teams from pot 3 in the Italia’90 draw. Read more…

There were only three players in Dr Vengloš’ team on 20 caps or more, as they saw off Luxembourg with goals from the energetic Hašek and libero Chovanec. It was hugely important to kick-start the qualifiers with two points despite an indifferent second half showing.

Goals from forwards Griga and Luhový, as well as wide man Weiss, saw off gallant Norway. Czechoslovakia fielded a full strength side, so the Doctor will not have been pleased to concede twice, and the support was surprisingly poor as far as numbers were concerned: only 2813 had turned up in Bratislava.

A point lost for Czechoslovakia, who were in full control, but never managed to find a goal. They succeeded in putting Belgium under heavy pressure with long balls and physical presence, but did perhaps not create enough chances. 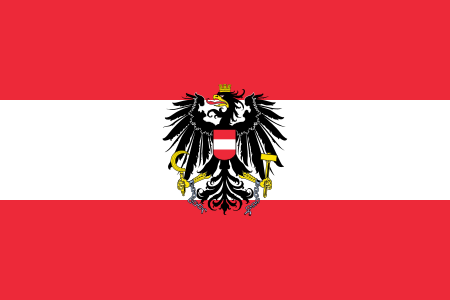 Both Kocian and Straka were welcomed back in the national team squad after having made the unpopular decision to join each their Bundesliga club, and with Chovanec out, it was midfielder Hašek who took over the captain’s armband. Griga showed his potency with two goals, and it would have been a fine tonic ahead of three early summer qualification ties. Strong defensive display by disciplined visitors.

Czechoslovakia come close to gaining an away point against a very good Belgian team. Hašek had kept the captain’s armband despite Chovanec’ return to the team, and it had been Luhovy’s header which drew ČSSR level five minutes from the break. Having returned to the national team in the recent friendly win in Austria, this was the first participation in the current qualification for Ján Kocian and František Straka, both by now plying their trade in the West German Bundesliga.

Czechoslovakia initially made hard work of the part-timers, but came to life in a blitz-like spell towards the end of the game. Skuhravý was looking to make one of the striker’s places his own in scoring twice, and even if Straka and Kocian perhaps were not decisive factors in this particular match, they will both prove to be great additions for Dr Vengloš.

Czechoslovakia got off to a good start, and really never looked like losing after going 1-0 up in the 22nd minute. They show themselves as a physical side, and the central defence spareheaded by gigantic Kocian were in full control. On the negative side, they again prove that they are a terrible counter-attacking side, and a player like Moravčík never showed his qualities.

Excellent result against a strong Romanian side. It’s a pretty orthodox 4-4-2 by Czechoslovakia, notably fielding Vlk as a left back. Němeček was used as a right sided midfielder, but wouldn’t get renewed confidence in this position when the qualifiers began a month later. It’s also a rare opportunity for Mikloško between the sticks. Goals by Vlk and Bílek.

Narrow win a game that gets very difficult when Griga is sent off in the 18th minute of play. Bílek scores the first goal on penalty, and adds a second when he finds the winner on a free kick late in the second half. Most of the match is a defensive test, and the players prove their discipline and work rate with full satisfaction. But attackingwise there wasn’t much to see, due to the nature of the game. Straka enjoys a very good game at the back and is man of the match.

A rather unimpressive performance by Czechoslovakia, but they get the win which puts them firmly in the driver’s seat before the decider against Portugal. It’s static at times and they’re being pegged back by the Swiss for large parts of the game, and you also need to question Venglos’ composition of the right hand side. But key players like Bílek and Moravčík are lively and ensure the all-important goals that almost send the team to italia’90.

Knowing that even defeat by three goals would take them through, Czechoslovakia set their team up in two disciplined rows of four, with the two strikers giving chase up front. Portugal were the dominant side for 70-75 % of the match, but were limited to a couple of efforts from César Brito and a long range free-kick from Sousa which Stejskal did well to beat away. They defended stoutly, and were in the end well worth their berth in the World Cup finals. Had Weiss scored at the end, they would indeed have won their qualification group. Still, they were celebrating heavily at the final whistle. And rightly so!

Jubilation for Czechoslovakia, as they qualified for their first World Cup since 1982, with Dr. Jozef Vengloš bringing immediate success to the national team.

Dr. Vengloš had had an interesting challenge at his hands from the start of these qualifiers, as he had to do without Czechoslovakia’s most stylish players, Lubos Kubík and Ivo Knoflíček, after they had defected to the West. His solution from the start was a more pure long-ball tactics, hoisting the ball towards his target strikers and for the midfielders to chase the knock-downs. His players adapted well to the new tactics right from the start. A (routine) win in Luxembourg was followed by a strong performance against Belgium (h), in which they were unlucky not to find the winner (0-0).

One of the most intriguing matches of these 1990 qualifiers was the reverse fixture between Belgium and Czechoslovakia in Brussels, where they gave the hosts a good fight but eventually were dealt a defeat. The result of the match meant that Belgium increasingly looked like winners of the group and so Czechoslovakia would have to fight out Portugal for the remaining qualification berth. The match was also noteable for the fact that Dr. Vengloš welcomed back defenders Kocian and Straka to the team, after being suspended by the federation for a year, and changed the team formation to 5-3-2.

An easy win against Luxembourg was followed by hard-fought 2 points in Switzerland. A strong win against Stielike’s reformed Swiss team, but the match revealed some of Czechoslovakia’s problems: Dr. Vengloš’s crop of players is well suited to keep a high tempo on the ball and put their opponents under pressure when they need a goal, but poise little threat on the counter-attack. Here, they secured an early lead, but had nothing to offer in their turnovers for the rest of the game.

The same problem was revealed in the next encounter, the vital match against Portugal (h). Czechoslovakia got their early lead (again!), but got in all kinds of difficulties when they had Griga expelled and found themselves under Porgugal’s siege. Usually looking very solid defensively throughout the qualification, they this time let in a goal (due to a mistake by Stejskal), before Bílek, who gradually was emerging as one of Czechoslovakia’s most important players, notched the winner with his famous right peg. Not always convincing, but the result was the important thing, and put Czechoslovakia in the driver’s seat.

Czechoslovakia’s true decider was the match against Switzerland (h), where a 3-0 win meant that they were all but qualified for Italia’90. This performance again showed how difficult it is to score against them, and some of the extreme individual abilities that exist in the team (Bílek, Moravcik, Skuhravy). But this was yet another performance where Czechoslovakia were pegged back for most of the match – surprisingly. They seem slow and vulnerable when countered against, and never look a threat when sitting back to hit their opponents. These are Czechoslovakia’s weaknesses. The “decider” against Portugal was never exciting with regard to the outcome, even though it somehow did have a peculiar tension to it.

Explanation to table: Number of rated games: 7. A player needs to have obtained a rating in half or more of the games in order to appear