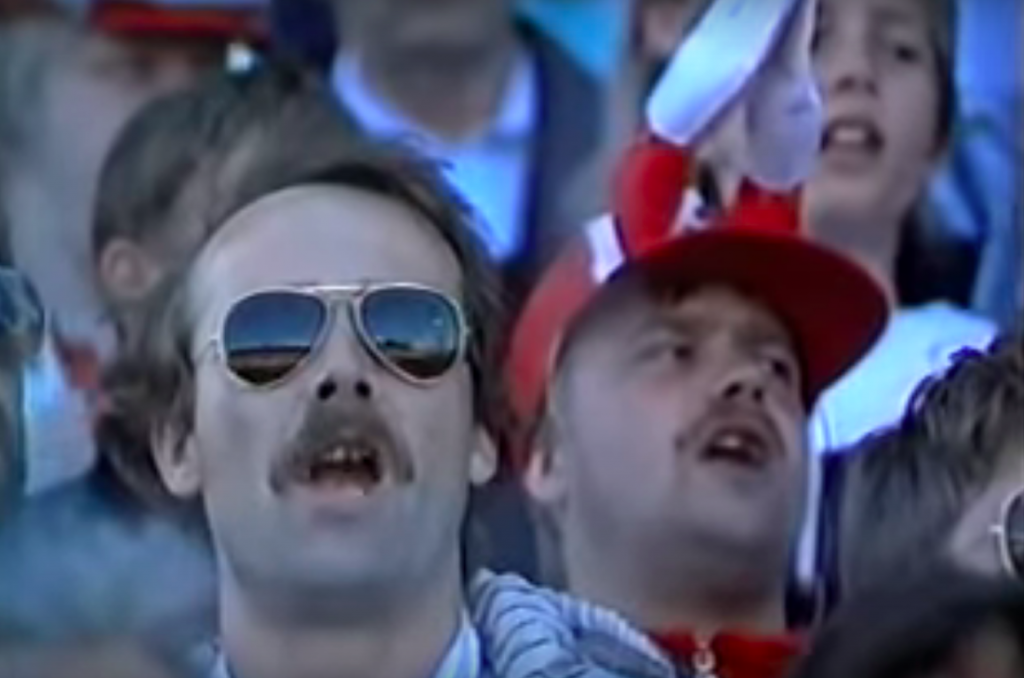 Group 1 looked a very open matter. Denmark were 1st seeded, and the only team to have qualified for the 1988 Euros of the four. The golden Danish generation from the mid-80s was however already past its prime, and several stars had retired from international duties. It was widely acknowledged that manager Sepp Piontek needed to rebuild the team. Notably, all three of Denmark’s opponents in the campaign for Italia’90 had been runner-ups in the qualification groups for the 1988 Euros. Bulgaria (2nd seeds), led by the somewhat unproven Angelov, were always a feared opponent in the 80s and did have some emerging new talent that possibly could get them to yet another World Cup. Romania (3rd seeds) had come close to qualify for the recent international tournaments, and building on two strong domestic clubs in Steaua and Dinamo, Jenei had forged an exciting national team. Greece (4th seeds) were perhaps the least fancied of the teams in group 1, but they had finished as runner-ups to Netherlands in their European Championships qualification group, and perhaps could star player Saravakos shoot them to their first World Cup? Read more . . .

An aggressive home side earn a deserved point despite the visitors’ fight back. Earning a point in a qualification opener away from home would usually be deemed welcome, but would it suffice for the Scandinavians in fighting for the group’s top spot? They had faced stiff opposition from the fiery hosts. Greece, in their 5-3-2 formation, were bent on conceding little space, and generally succeeded in their tactics. Some Denmark performers were not quite up to expected standards, with superstar Michael Laudrup the leading example.

Romania off to a brilliant start after an attacking display in Sofia. Romania gathered deep and counter-attacked the hosts early, while Bulgaria were vastly attack-minded from the outset, at times exposing their defence too much. They tried to rectify their problems by making an early player change, but though they would appear to have greater balance in their team after the introduction of goalscorer Kolev, they would still surrender more and more possession. Romania’s quality eventually saw them through, even if it took two late goals from powerful striker Cămătaru.

Romania in total control against poor away side. After a point against Denmark in their opener, the Greeks could’ve been forgiven for hoping they could do something similar in Bucharest, but they were easily brushed aside by a cultured, slik Romania performance. Sabău and Mateuț led the way in a midfield so comfortable and creative, so even if Greece gave it a go at marking Hagi out of the game in the second half through substitute Koutoulas, the hosts could’ve won by an even greater margin.

Romania the better side for an hour, until Greece decide to put pressure on the visitors in the build-up phase. A draw probably just about fair in the end. As expected, the Romanians had looked sound against a team they’d been hoping to overcome even away from home. Hagi had often been dealt with uncompromisingly, and he couldn’t quite reach his lofty standards. Saravakos raises his game when Greece press higher, and he becomes a threat from his wide right creative role. In midfield, Savvidis looks sound.

Denmark galvanized by the return of Morten Olsen secure their first win in the qualifiers. Bulgaria suffered their second straight home defeat, and the rest of the qualification is only about building for the future campaigns. They had little to offer going forward, where only Stoichkov resembled a thread, even if only sporadically. The Danes were compact in their 3-5-2, and the reintroduction of superveteran Olsen instilled confidence throughout. The two points were necessary if Denmark are to challenge for the number one spot.

It is a third win from four for the Romanians, who are atop the table for the summer break. They are far from their brilliant best, and they ride their luck at times, such as when Stoichkov hit the bar when he ought to have scored. Defensive midfielder Popescu’s first half header proves to be sufficient, even if Bulgaria’s Kostadinov does well in their counter-attacking phases. Iovan with terrific game from the right-back position, whilst Hagi both roamed and dictated play from the centre-circle.

The visitors are nowhere near as the hosts turn on the style after the break and score five times against ten men. It had been the second successive away qualifier where the Greeks had been clearly second best; they are unable to replicate their aggressive style on their travels. Denmark are very playful, though they only add to their two first half goals once visiting defender Manolas gets himself (somewhat harshly) sent off. Players like Bartram and Michael Laudrup feast upon the Greek tragedy which unfolds, and they are now in a decent position ahead of the double-encounter against Romania after summer.

Greece have three players sent off in the second half and fall to graceless defeat against a home side turning the screw late on in miserable conditions. Neither side had much but pride to play for, and this clearly was a stronger incentive for the hosts than for the travel-sick Greeks. Yordanov ran the show from midfield, while Stoichkov and Iskrenov were the main threats up front. Oddly, all goals came inside the final 20 minutes, and the last three against nine and eight men respectively.

The Danes’ good form continues, comprehensively beating Romania to take the lead before the last match. This is a significant win, and one which can see the Scandinavians progress through to the World Cup at Romania’s expense. The way Denmark are going at the moment, they’ll be favourites ahead of the final fixture. Romania were desperately lacklustre, and they failed to cope with the collective and individual strength of what must be one of Europe’s top three teams at the moment. Brian Laudrup, who is having a splendid qualification, once again the main attacking threat in the Danish team with his pace and trickery. Lăcătuș’ absence meant Romania were a limited threat coming forward.

Greece avenge the hugely disappointing performance and defeat in Bulgaria last month through an early second half goal from midfielder Nioplias. They round the qualification campaign off by yet again proving that they’re a different side in Athens compared to on their travels. This even lifts them above the visitors in the final table. To Bulgaria, defeat would’ve been a big let-down after how they’d dismantled a gutless Greece last time around. Unfortunately, we have no video reference to build a match report on for this game.

In the group’s great finale, it is Romania who march through to the World Cup on behalf of a team which has been playing some of the most expressive attacking football for the past half year or so. Denmark look to have built an early platform when they took the lead on six minutes, but Romania once again reveal why they’re such a talented attacking team with plenty of creativity throughout their team. They net three times by the hour, and then become more defensive once superstar Hagi’s been sent off. Popescu is a giant from his anchor position, while Hagi had tormented the Danish from his attacking midfield role. Denmark had opportunities, but significant players let them down in the final third of the pitch. They would now need Wales to get at least a point in West Germany later in the afternoon in order to progress as one of the two strongest second-placed teams in the three groups of four.

A group with exciting development, capped off with a brilliant decider in the last match between Romania and Denmark. Romania were the early leaders, but Denmark found their shape during spring 1989 and climbed to the top spot, only to lose it all on the last day.

The story of this group was also a story of the impact of two star players. With Miodrag Belodedici, Romania got off to a perfect start in autumn 1988, securing two wins against Bulgaria and Greece. At the same time, Denmark still looked shaky with their “new” national team and only managed to get two points from their first meetings with Greece and Bulgaria. After the exit of Belodedici, Romania started to look more insecure. They were surely the better side again vs Greece (a) and Bulgaria (h), but could have lost more than the one point. With Denmark it was the opposite trend: with the return of Morten Olsen to the national team, they regained self-confidence, first beating Bulgaria in Sofia and then hammering Greece in Copenhagen. The final encounters between the two teams saw neither Belodedici nor Olsen take part: the latter retired from playing in summer 1989. The teams won each their home fixture and so Romania scraped through to Italy’90.

Did the best team progress? Romania surely impressed during their qualification and played some of the best football seen in the UEFA zone: free-flowing, attacking football, looking particularly dangerous on swift counterattacks. But the Danish side as of 1989 was also a good one. They would have done well in Italy’90. Too bad that they got off to a slow start when the players still looked to blend in. The draw against Bulgaria in Copenhagen was fatal.

Greece, who had endured slaughter on their travels, would finish third on the back of that final game in which they managed to avenge the 4-0 drubbing in Varna, scoring the only goal of the game through a placed finish from midfield man Nioplias. Bulgaria clearly had the higher potential of these two, but they were second best in matches against the big two, even if they, somewhat fortunately, held Denmark to that draw in Idrætsparken. The Bulgarian FA had sacked Boris Angelov halfway through the qualification, and they had looked slightly improved when making the away trip to Romania in Ivan Vutsov’s first game back in charge. In a riot game in the coastal city of Varna, four late goals had seen Bulgaria finish Greece off for their first win, and then they’d followed that up with an, alledgedly, dreary performance in Athens.

At home, Greece had put up strong resistance, not losing either of their three qualifiers, and holding both Denmark and Romania to well-deserved draws. They had players who relished a battle, but also players who would switch off once morale was allowed to drop. They’d disgraced themselves in Copenhagen during that awful 7-1 defeat. In Bucharest, they had simply faced a much, much better team. In Bulgaria, they’d had three players sent off by the time Stoichkov netted the hosts’ fourth of the evening. Three managers had done their best to enhance their reputation during the qualification, but it looked likely that they would need further improvement to provide a threat for their next qualification campaign. Still, that win in their final match had boosted them somewhat in that they would finish third rather than prop the table up.