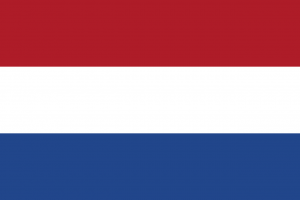 The Netherlands were fresh from their 1988 European Championship success, and they would once again lock horns with their neighbours and great rivals West Germany. The ’88 semi-final in Hamburg had brought a remarkable performance where the Dutch had come from behind to snatch a 2-1 win courtesy of ace marksman van Basten’s late decider, and the same man had produced that stunning second goal in the eventual final, which had seen the Netherlands defeat the Soviet Union by 2-0. In the wake of that success, legendary manager Rinus Michels had stepped down, and attempting to fill his shoes was 47 year old Thijs Libregts, assisted by Nol de Ruiter, who had just returned from a managerial spell in Greece, where he had been in charge of three clubs in four seasons. Prior to that, he had managed two of the domestic big three in PSV and Feyenoord. His appointment might have been a slightly controversial one, as he had once been accused of some less flattering characteristics of current team captain Ruud Gullit whilst the pair were with Feyenoord together.

On the players’ front, only one player of great value to the team, veteran midfielder Arnold Mühren, had stepped down from the international stage since the summer’s success. The 37 year old had excelled in West Germany, and he could prove difficult to replace. However, the Netherlands were still littered with talent, and they were not least in possession of a wonderful trio in Frank Rijkaard, said Gullit and van Basten, who were by now united with Italian greats AC Milan. In addition to these were defender Ronald Koeman, widely regarded as an exceptionally gifted player, and further stars from Eindhoven club PSV, who had emerged as winners of the 1988 European Cup after their penalty shoot-out win against Benfica. 1988 had so far been a tremendous year for Dutch football, and they would have been buoyant ahead of the qualification campaign, despite the presence of their old adversaries West Germany.

The Netherlands had not participated in any World Cup since the 1978 tournament in Argentina, where they had succumbed to the hosts in hostile surroundings in the final. After the manner of their summer’s success, they had regained a lot of support from neutrals across the globe, and they were expected to deliever further displays of scintillating attacking football. Surely, blessed with the exceptional talent that their squad was equipped with, they would be almost impossible to deny a berth in the upcoming World Cup. However, they would be well aware of what a great threat West Germany would pose, bent on revenge as their old foe would be since that recent semi-final defeat. Did Libregts have the mettle to see off that threat and take the orange army through to Italia ’90?

Squad situation Netherlands prior to the qualification opener