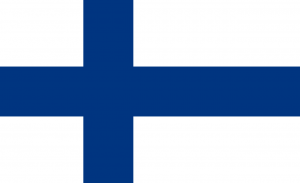 Not much reason for the Finns to be cheerful and gay after being drawn into qualification Group 4, as they would be up against some of the power houses of world football.

Manager Jukka Vakkila, 38 years of age by the start of the qualification, had taken over from Martti Kuusela, whose last task had been seeing to Finland finishing their qualification campaign for the 1988 European Championships. Vakkila had until then been in charge of the Finnish Olympic team, who had finished bottom of their qualification group for the 1988 Seoul Olympics. He was a well educated coach, having taken his badges at the famous Sporthochschule in Köln. Assistant to Vakkila was Antti Muurinen.

Vakkila possessed a side with a good few number of players plying their trade abroad, which was a growing trend in Finnish football at the time. Goalkeeper Laukkanen and forward Hjelm had recently been transferred to 1. Bundesliga (both Stuttgarter Kickers), and other notable examples such as Paatelainen for Dundee U., Rantanen for Leicester C., and Ukkonen for Anderlecht. A major miss would however be Petri Tiainen (Ajax), the most gifted player of the squad, who was struggling to return after a long-term injury.

Finland had given a good account of themselves in their last World Cup qualification, the one ahead of Mexico ’86, when they had finished just two points short of Northern Ireland’s second spot. They had drawn at home against both England and Romania, and even won against the Ulstermen, but unfortunately they had been weak away from home.

In light of that, the most recent European Championship qualification would have been a disappointment, though they had put in a remarkable final performance in beating Czechoslovakia 3-0, a scoreline which would eventually aid their Nordic counterparts Denmark to win the group. The 1-0 reverse in Helsinki against the Danes had been the Finns’ only home defeat in seven qualifiers, suggesting that they would be difficult to beat at home.