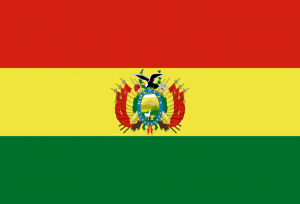 One of the more undistinguished teams in the CONMEBOL zone, the Bolivians likely harboured few hopes of getting to Italia’90. They had not participated in the World Cup since 1950 in Brazil, and hardly been close to qualifying since. The most recent edition of the Copa America had also corroborated the impression that Bolivia were heading nowhere, as they had finished last in their group of 5 teams, without scoring a single goal, and also had endured an embarrassing 5-0 defeat to Chile.

The Copa America had been the baptism of fire for new head coach Jorge Habegger. Habegger, an Argentinian, had been appointed head coach on the strength of leading club side Bolívar to successive league championships in 1988 and 1989, but quickly experienced the gap between domestic and international success. He would hope to build on the relations already established in the Bolívar side (including key players Borja and Melgar) to mount a bid for Italia’90 in their group against Uruguay and Peru.

04.07.1989: Uruguay 3-0 Bolivia (Estádio Serra Dourada, Goiânia, Brazil)
Line-up (4-4-2): Barrero – Roca, Fontana, Martínez, Saldías – Villegas, Melgar, Borja (c), Sánchez – García, Etcheverry (Castillo 34). Unused subs: Galarza, Arias, Ferrufino
Bolivia came into this their opening championship fixture in a 4-4-2 diamond formation, where they had put plenty of attacking faith in youngsters Sánchez (19) and Etcheverry (18). Fontana was sweeping behind Martínez, Roca and Saldías looked to push forward from the full-back positions, while Villegas was their holding man in midfield, where Melgar and skipper Borja were operating right and left respectively. They were up against an opponent bent of avenging their defeat from two days earlier, and found it hard to leave a print on the game, even when playing with a man more for nearly a quarter of an hour following a red card to Bengoechea. Roca, however, committed two yellow-card offences of his own, showing ill discipline, as he first handled the ball and then gave the referee an excuse to dismiss him once he’d gone in studs first on Paz. Back on level terms as far as personnel went, the Uruguayans soon took advantage, and scored twice in quick succession. Borja switched from his left-sided midfield position to right-back, while the more or less invisible Etcheverry was withdrawn for Castillo. Melgar took up a more central midfield position, while Sánchez appeared to push on from the right hand side. A third goal was conceded on the hour, and while Uruguay were content, Bolivia were allowed several efforts from distance. They never came closer than Castillo’s drive from 25 yards which Zeoli tipped over.

06.07.1989: Bolivia 0-0 Ecuador (Estádio Serra Dourada, Goiânia)
Line-up: Barrero – Borja (c), Arias, Fontana, Martínez, Rimba – Melgar, Villegas, Castillo – García (Sánchez 68), Peña (Salinas 77). Unused subs: Galarza, Ferrufino, Saldías
This is a game there is precious little information about at all. Having lost heavily in their opening tie, the Bolivians needed to win in order to still have an interest in the tournament. Judging by the players which Habegger had put out, they were in a more defensive formation this time around, possibly with five across the back. Arias and Rimba had come into the team, while Castillo, who had replaced Etcheverry in the first half last time around, had won a starting berth. This applied, too, for forward Peña. The 0-0 outcome hadn’t really served either nation so well.

08.07.1989: Chile 5-0 Bolivia (Estádio Serra Dourada, Goiânia)
Line-up (5-3-2): Barrero – Borja (c), Arias, Fontana, Martínez, Rimba – Melgar, Villegas, Sánchez (Takeo h-t) – Paniagua, Peña. Unused subs: Galarza, Ferrufino, Saldías, Salinas
Keeping Ecuador at bay in their previous outing had prompted Habegger to field what appeared to be an identical back five. However, needing goals themselves, they had made changes further forward, with Castillo and García giving way for Sánchez and Paniagua respectively. This left youngster Sánchez in the trequartista role, working behind the two strikers. It must be said straight away, though, that this was pretty much an abject performance by the Bolivian team, which looked lost, bewildered and not up for the fight. Also, there was desperately little cohesion throughout the team, and defender Arias, who was clearly meant to push into midfield when they won possession, seemed to bring more confusion to the team than benefit. They were sliced open twice early on, conceding on both occasions, and Bolivia were since always chasing shadows. It is not that they were up against such qualified opposition, but they did not gather any momentum or belief to try and put the Chileans to the sword. What came in terms of attacking play usually came from individual initiatives rather than something pre-meditated, and they were just so disappointing to watch. Second half? Sánchez was replaced during the break by wide midfielder Francisco Takeo, who positioned himself to the left. Did Arias push more permanently into a midfield role for the second half? It certainly looked that way, which would have seen them swap 5-3-2 for 4-4-2. Arias and Takeo even switched positions at times. Peña looked improved. Melgar had a bigger say. Bolivia had spells where they kept possession inside the Chilean half, but they lacked penetration, and were so easily opened up at the back. Barrero had failed to come for a Ramírez cross for 3-0, and the fourth came from the spot after Ramírez, probably the stand-out player on the pitch, darted through the centre and was caught by Barrero’s foot as he tried to jink his way around him. The final goal was added low inside the post after Peña had had the Bolivians’ best opportunity with a close range effort straight at Cornez. There was a difference in class, but Chile were not five goals superior.

10.07.1989: Bolivia 0-0 Argentina (Estádio Serra Dourada, Goiânia)
Line-up: Galarza – Roca, Arias, Fontana, Martínez, Saldías – Borja (c), Melgar, Takeo – Peña, Etcheverry. Unused subs: Barrero, Ferrufino, Villegas, Salinas, Paniagua
Coming into this the very last among the 20 first group stage matches, Bolivia were already out, having only mustered a single point from their opening three fixtures. Argentina remained top of the group after the earlier kick-off between Chile and Ecuador, and so were already group winners. Habegger made five changes to his starting eleven following the humiliation at the hands of Chile, replacing goalkeeper Barrero with the ageing Galarza, bringing in Saldías for Rimba in the left-back position, brought back Roca and also had Takeo start in a midfield which was without Villegas for the first time, and from where Sánchez was also left out. Teenager Etcheverry was back in up front at the expense of Paniagua. They remained in 5-3-2. In a first half where the pace was hardly extreme, the Bolivians conceded a couple of goalscoring opportunities, of which Alfaro’s on 20 minutes was the major one, while they themselves created a fine opportunity from Etcheverry for Takeo to shoot wide from a left-sided position inside the area a few minutes from the half-time whistle. Bolivia were decent value for the first-half no-score. By the end of that opening half, they had left Peña alone up top, with Etcheverry withdrawing back into midfield, and Takeo in an advanced position ahead of the midfield three. They certainly started the second half on the front foot, with Takeo twice arriving in good positions, and Borja looking very busy in his midfield role. Bolivia were clearly improved in their 5-4-1 formation, and gave a fine, disciplined second half account of themselves, until they possibly ran out of steam in the final ten minutes, when their opponents held on to the ball in order to see the game out. Galarza had made a near post save from Maradona, but other than that they were rarely threatened defensively. Their best display of the Copa, for sure, and something to build on for the start of the World Cup qualification. Borja, Takeo and Melgar probably the pick of their bunch.