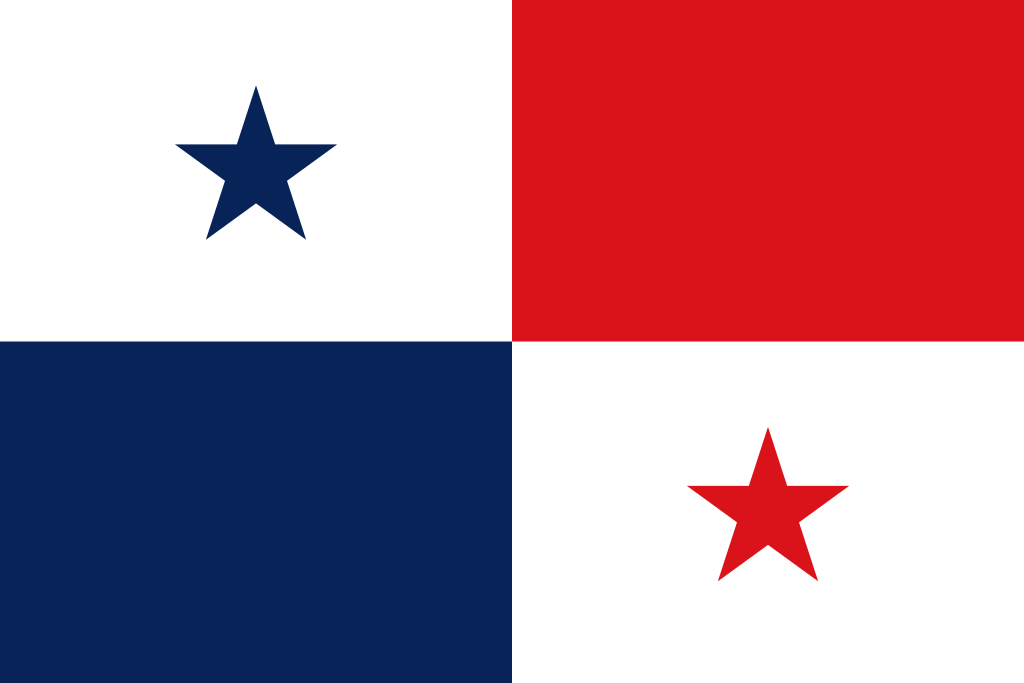 There had first been a round-trip in North America that resulted in a 1-0 loss to USA, followed by a 1-0 win against Canada. While results per se were not bad, national media were far from impressed with the performances, and the team had apparently only been saved by some spectacular saves by goalkeeper Conejo in Montreal. Newspaper La Nacíon (18.06.1988 p. 37) noted with worry that the team had much to improve and been riddled with plenty of mistakes in these games. The team had lined up as follows against Canada: Conejo – Guido, Flores, Munguio, E. Díaz, Ramírez (L. Fernández 86’), Guimarães, Guillén, Jara, Coronado, L. Quirós (Medford 53’).

It had however gone from bad to worse: A pair of friendlies against the Dutch Antilles in early July had ended with one draw (1-1) and one loss (0-1). The line-ups from these two matches are not available, but seems to have contained many (if not all) of the regular players. It was a Costa Rican team apparently very much out of form that welcomed neighbours Panama for the first of two-legged ties in the 1st Round of the CONCACAF qualifiers.

Panama team news
1988 has etched itself in the history of football in Panama as the year when the nation launched its own domestic football league, ANAPROF. The league had begun on 26 February that year, consisting of 6 clubs (soon reduced to 5, as one quickly folded) competing for the first ever Panama league championships.

The inauguration could of course be seen as a major step in strengthening a national team that so far had enjoyed very little success on the international scene. There is in fact no record of the team playing any matches since 1987 (a 0-0 draw against Cuba in March 1987), and they had crashed out at the first hurdle in the 1986 WC qualifiers against Honduras (0-4 on agg.) .

Not much more was probably expected this time around, although the rivalry with neighbours Costa Rica certainly added an element of pride. Most of the players picked by manager Juan Colecchio (1986– ) for this match were based in clubs elsewhere in the region, and not from the still fresh ANAPROF league. 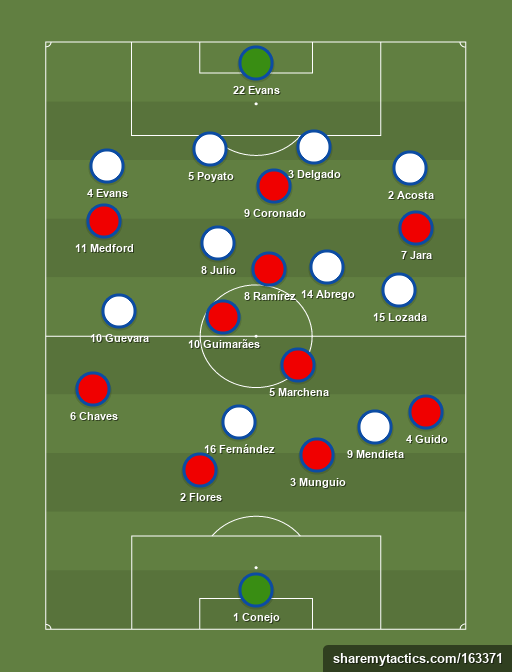 Costa Rica’s defensive risks
While there was never any doubt about Costa Rica being the dominant side of the game, Panama proved more of an attacking threat than expected. The game did start nervously for Panama, who easily could have been a goal down after some shaky moments within the first minutes of the game, but slowly the visitors began to show signs that they could pose them trouble going forward. Throughout the game, Costa Rica struggled to get to grips with the opposition forwards, Rommel Fernández and René Mendieta – arguably Panama’s two best players.

Panama also seemed to find a path going forward when passing into the space between Costa Rica’s advanced wide midfielders and full-backs. As Jara and Medford hardly ever tracked back, Panama’s wide players Fran Lozada and Guevera found much space to exploit in front of the opponent full-backs. Panama in particular targeted the space in front of right back Benigno Guido, who constantly struggled with his positioning and frankly seemed to be out of his depth. Mendieta would also exploit this by drifting to the left.

This vulnerable area was probably to be protected by Marchena, the athletic Costa Rican midfield destroyer, but his radius of action was quite limited here. Guimarães, the other pivot in Costa Rica’s midfield, was hardly attentive to defensive tasks at all, focussing on his playmaking role in the team’s quite attacking outlook.

0-1: René Mendieta (Panama)
Warnings had been given, and in the 17th minute of the game, Panama took a shock lead after René Mendieta slotted the ball past the onrushing Conejo. Costa Rica had been caught off-guard when a long headed clearance from the Panama defence bypassed their holding midfielder Marchena, suddenly finding themselves dreadfully exposed in a 3 vs 3 situation at the back.

Fernández calmly controlled the ball and put through Mendieta, who perfectly timed his run behind the defence and scored. 0-1. Flores probably should have anticipated Mendiata’s run, but was caught in two minds about what to do, and never managed to catch up with his pace and block the shot.

Costa Rica had already been warned that they would struggle to contain Fernández and Mendieta, and they stood little chance once they didn’ thave the numerical advantage at the back.

1-1: Costa Rica
The score could even easily have been 0-2 if goalkeeper Conejo hadn’t made a top save to deny a long shot by Jesus Julio. Instead, Costa Rica restored the balance of the game in the 24th minute through Claudio Jara.

Panama were usually defending low, in front of their own box, but after some to and fro in midfield where they lost possession of the ball, they were caught somewhat higher up the field and proved slow and confused when restructuring. Costa Rica played some good combinations as the ball travelled from the right to the left, and Coronado released Jara in the space that had opened up behind the Panama left back. Jara, who had a few other good shot attempts in this match, made no mistake and hammered the ball in the net.

Costa Rica piling on pressure
While looking vulnerable at the back, Costa Rica where at times outplaying Panama. They seemed to shed little sweat breaking through Panama’s two banks of four and found acres of space in midfield.

He hadn’t been involved in the goal, but Oscar Ramirez was the main outlet when Costa Rica built up their attacks. In a free role, he did excellent to set up combinations and create passing angles between playmaker Guimarães and the two wide forwards, Jara and Medford, that carved open the Panama’s two banks of four. Ramirez is not just a player who is good on the ball, but also has a very good sense of how to create space. Against a Panama team that struggled to compress space between the two banks of four, and easily got dragged out of position, Ramirez’ running and vision was key.

At 1-1, a game defining moment happened in the 36th minute when Panama went one man down. Left back Carlos Acosta was showed his second yellow within the space of a few minutes for a blatant handball, as he used his hands to catch a ball that Claudio Jara had knocked past him. Acosta could have few qualms about that decision by the referee. Down to ten men, Panama coach Colecchio instructed midfielder Abrego to slot in as left back, effectively playing a 4-3-2.

Panama in the 2nd half
Despite the dismissal and the danger signs for Panama at the back, there were fewer alterations of the game after the break than expected.

Perhaps surprisingly, manager Colecchio chose to keep the forward pairing of Mendieta and Fernández despite his side being down to ten men, refusing the temptation to playing one of them as a midfielder. It was a breve decision by Colecchio that had some benefits, as they always had options upfront and someone to chase balls that were lofted forward in a game where they more and more were pushed back. Wisely, Panama’s play was also limited to hoisting the ball upfield to Mendieta and Fernandez, as they realised that they stood little chance in the midfield zone.

Just as surprising was the fact that also Guevara and Losada, now part of a three-man midfield, continued joining attack when Panama were in possession. While a draw would be an excellent result for Panama, they still fancied their chances of scoring. Perhaps this also made Costa Rica’s two full-backs, Chaves and Guido, who both have attacking abilities, more reluctant about going forward.

Costa Rica can’t find another goal
The game continued as a one-sided affair after the break, and in very much the same pattern as in the first 45 minutes. Costa Rica were the dominant side, creating a number of chances and half-chances, but unable to find the decider.

De Simone realised time was due for taking some chances, and replaced midfield destroyer Marchena (not too late, as Panama’s midfielders hardly ever were in possession) with forward “Neco” Fernández to bolster their presence up front. Soon after, midfield playmaker Guimarâes also went off, with the more dynamic German Chavarría coming on. Both substitutions made good sense, adding attacking options (something like a 4-2-4 formation) and renewed energy to the team, but failed to change their luck.

Perhaps Costa Rica even weren’t as good as their dominance might suggest. They had little trouble outplaying a disorganized and numerically inferior Panama, but what they produced in front of the opposition goal was hardly frightening stuff. Costa Rica’s problem was lack of presence and quality in the box. Their runs into the area were poorly timed when the wide forwards found openings, and Coronado was mostly content to play as a link-up forward. Also, they were frequently restricted to shots from the edge of the penalty area, the vast majority of which were easily clutched by goalkeeper Evans.

Some serious questioning must have been made after this game on how Costa Rica managed to score but one goal against a poorly organised team that were forced to play with one man less for the majority of the game.