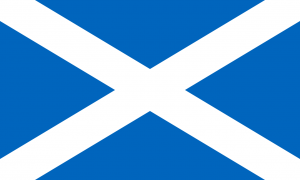 Having qualified for four straight World Cup tournaments, Scotland were probably relatively confident going into this qualification, despite the fact that they had failed to cause much stir in the previous qualifiers, those ahead of the 1988 European Championships. At least on behalf of themselves. It has to be said that they did their near neighbours Republic of Ireland a wonderful service by winning 1-0 away to Bulgaria in their penultimate qualifier, something which paved way for the Irish to make it through to a continental tournament for the first time in their history. Ending that campaign with a goalless draw in Luxembourg was hardly how the Scottish wanted to be remembered.

Despite only finishing fourth in that previous qualification, they’d only shipped five goals from six matches, and four of those had come during a really poor 4-1 defeat in Belgium. Defensively, the Scottish were very sound. They had played three winter and spring friendlies during the first half of ’88, as well as participating in the three nations strong 1988 edition of the Rous Cup (along with England and Colombia). Successive draws in Saudi Arabia (2-2), Malta (1-1) and Spain (0-0) had been followed by a goalless Hampden Park draw with Colombia and a bitterly disappointing 1-0 loss against arch enemy England at Wembley.

Andy Roxburgh had been appointed national team manager following the disappointment of the 1986 World Cup, where an interrim manager by the name of Alex Ferguson (Aberdeen supremo) had led their charges after taking over from his boss Jock Stein, who had collapsed through a heart-attack and subsequently tragically passed away. Craig Brown assisted him. Until his appointment, Roxburgh had managed various Scottish youth national teams: the U16s, the U19s and the U21s.

Coming into the 1990 qualification as second seeds, Scotland would again have fancied their chances of progressing through to another World Cup tournament.  Physically strong, the Scottish had only lost on home soil to other members of The British Isles in qualification games throughout the 80s: Both The Republic of Ireland and Wales had won by a single goal margin in Glasgow, in qualifying for the 1988 European Championships and the 1986 World Cup respectively.

Domestically, one of the two Glasgow giants, Celtic, were reigning champions, and would represent Scotland in the European Cup. The decade had contained various winners, and both Aberdeen (twice) and Dundee United had won the league title previously. Celtic’s eternal rivals Rangers were embarking on a third season under legendary player, now player-manager, Graeme Souness, who sought to challenge the champions for the title.

Scotland’s defensive solidity was underlined through tough players such as Richard Gough (Rangers), Roy Aitken (Celtic), Willie Miller/Alex McLeish (both Aberdeen) and Steve Nicol (Liverpool). They had a fine goalkeeper in Jim Leighton (also Aberdeen), and there were pretty much sound names all around. However, did they have necessary X-factor within their ranks?