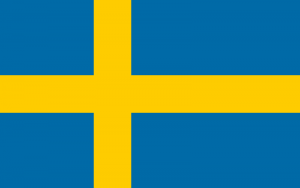 Sweden, managed by the moustached Olle Nordin, were coming into qualifying Group 2 on the back of a very, very good 1988. They had drawn in West Germany, they had beaten the Soviet Union 2-0 and they had won 3-1 in Spain. The latter result might have to be viewed in light of the dismal Spanish European Championships showing, but nevertheless it was not expected of Sweden that they go to the Iberian Peninsula and win. Their only defeat in ’88 had come in their penultimate preparation game: a 2-1 home loss to old foes Denmark. Still, spirits were high, as Sweden had just come from a qualification tournament, the one ahead of West Germany ’88, in which they had taken the might of Italy all the way to the final match, where a 2-1 home win for the Italians had sealed the two nations’ respective faiths.

Sweden had had a lot of succesful club sides throughout the 80s, none more so than IFK Göteborg, who had made upsetting big clubs from mighty football nations a habit. In ’86, only a stunning Barcelona comeback in Camp Nou had prevented Blåvitt (“blue white”, their nickname) from reaching the European Cup final: IFK Göteborg had won 3-0 against the Catalan club in the first leg, only to succumb to the same fate in the return leg, eventually losing the tie on penalties. Indeed, their national team was founded on players from this team, even if most of them either had left or would be leaving the Swedish west coast club: three quarters of their most used backline would consist of players from that team in full-back Nilsson and centre backs Hysén and Larsson. And there were Pettersson and Ekström, the forwards.

Malmö FF had won the Swedish league in ’88 (played by the calendar year), and Nordin would look to a lot of their up and coming players when picking his squads. In particular, the energetic Jonas Thern was something of a prospect. The same could be said for wide player Joakim Nilsson. Up front, Mats Magnusson, another former Malmö player, now at Benfica, was creating something of a name for himself and his aerial strength down in Portugal. And tireless midfield man Robert Prytz had been abroad for many seasons, now with Atalanta in Italy, where he had joined the long-haired and skilful Glenn Strömberg, himself a former IFK Göteborg player. There was also cunning forward Hans Holmqvist at Seria A club Cesena, so the Swedish did have quite a few players plying their trade abroad. This would benefit the national team, and so Sweden were seen as a possible Group 2 winner, despite the presence of England and Poland. Could they live up to this tag?

Sweden at the 1988 Olympic football tournament

Friendly
12.10.1988 Sweden 0-0 Portugal
Line-up (4-4-2): Ravelli – R Nilsson, Hysén (c), P Larsson, Ljung – Thern, Strömberg, Prytz (J Nilsson 78), Limpar – Holmqvist, Pettersson (Ekström 68)
Dire match in which the Swedish failed to break down the visitors in difficult conditions, Portugal always only interested in shutting the home side out. Few bright points, and Mr Nordin will have been left with a few questions yet ahead of their trip to Wembley.