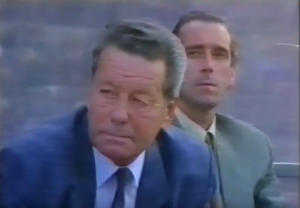 Belgium, having participated at all major tournaments in the 1980s, except for the 1988 Euros, which they narrowly missed out on, were 1st seeded in Group 7. Even if not considered an elite member of the European football family yet, despite being semifinalists in the 1986 World Cup, they looked comfortable favourites in their group. Portugal and Czechoslovakia had both question marks around them, and Belgium in comparison just looked solid.

Guy Thys, now approaching 100 matches in charge, continued as national team manager. His tactical nous and experience was of course a great asset for Belgium. He would this time be assisted on the bench by his former pupil Walter Meeuws, who widely was seen as his future successor.

Thys maintained much the same squad that had celebrated those triumphs in 1986 World Cup. In fact, few teams around in Europe could show the same continuity in their side as Belgium did at this period, with Thys keeping to his selected group of players. This was a side with some great characters in it, like Éric Gerets and Jan Ceulemans, both famous for their enthusiasm and experience. There was no Pfaff anymore, but he had been replaced by Michel Preud’homme, who had developed remarkably the last few years to attain status as the leading goalkeeper in the world.

There was also Enzo Scifo, of course, the wonder kid, whose development however appeared to have halted after his year with Internazionale. A few youngsters were also emerging, amid all the routine, as Marc Emmers and Bruno Versavel from KV Mechelen, as well as Marc Degryse from Club Brugge and Luc Nilis of Anderlecht. All in all, few visible worries for Thys, who must have felt that his team was ready for the challenge.

Friendly: Belgium 1-2 Brazil
12.10.1988
Goal: Clijsters
Belgium: Preud’homme (Bodart 80) – Grün, Demol, Clijsters, Versavel – Veyt, Van der Elst, Scifo (Christiaens 60), Vercauteren (Vervoort 60) – Severeyns, Ceulemans (c) (Nilis h-t)
Belgium put out a fairly strong line-up, in which there were debuts for full-back Bruno Versavel and forward Hans Christiaens, both of whom would be playing roles during the forthcoming qualification. After two first half goals by Geovani, defender Clijsters pulled a goal back for the home side after the break. Preud’homme breaks his nose and appears to miss the beginning of the qualifiers, starting next week.