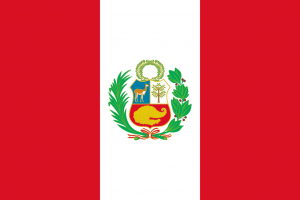 Peru’s glory generation was behind them, and the country found itself in the midst of a recession, something which was even mirrored in the national team’s poor results of late. They had had a disappointing Copa América, where they’d exited after the group stage without a win to their name. Fair to say, though, that the recently appointed head coach, Brazilian Pepe, or José Macia as was his original name, who had arrived in Peru at the age of 64, had not had a lot of preparation time. He was alledgedly on decent money, something which would’ve brought added pressure. His assistant was former Peruvian international Percy Rojas. Could Peru make a race of it in their qualifying group?

Just two players from their last World Cup appearance, in Spain ’82, namely 32 year old influental defender Jorge Olaechea and 31 year old attacking midfielder Julio César Uribe, had remained to participate in the continental championships. A third player who had been in that 1982 squad but not made it on to the pitch, forward Franco Navarro, had also been a feature in the tournament staged in Brazil.

Pepe would have to rely on players based domestically, though a couple were playing in neighbouring Bolivia, who would be their first opponents in the World Cup qualification.

One ought to bear in mind that Peru had seen Lima club Alianza fall victim to a horrible aircrash disaster in December 1987, something which had deprived the nation of some richly talented footballers. It had been very likely that several of their players, who were all wiped out in the tragedy, would have featured in Peru’s qualification campaign for Italia ’90.

01.07.1989: Paraguay 5-2 Peru (Estádio Fonte Nova, Salvador, Brazil)
Goals: Hirano, Manassero
Line-up (4-4-2): Chávez-Riva – Carranza (Talavera 70), Artega, del Solar, Olivares – Valencia (Rey Muñoz 63), Manassero, Reynoso, Uribe (c) – Navarro, Hirano
In the absence of defensive leader Olaechea, Peru brought the cultured del Solar back from midfield and into the libero position, while they packed the midfield with four more or less central players. They were looking sound and compact for more than half an hour, and had even moved ahead on the 30 minute mark through Hirano, who got on the end of a Manassero cross-cum-shot. In the remainder of the first half, though, they completely lost their shape, and in addition to conceding two goals, also saw their opponents arrive at further opportunities. They shot themselves in the foot by conceding again early in the second half, and despite seeing much of the ball during a second half where both teams would struggle to keep control of the ball on the poor pitch, the Peruvians often failed to test Fernández. A del Solar own goal made the tast impossible, though at least Reynoso got in on the act with about ten minutes left with a fine strike. Bookings for both Carranza and captain Uribe, and a fifth goal against late on.

03.07.1989: Brazil 0-0 Peru (Estádio Fonte Nova, Salvador)
Line-up (4-4-2): Purizaga – Carranza, Olaechea, Requena, Olivares – Valencia, Reynoso, del Solar, Uribe (c) – Navarro (Chávez-Riva 84), Hirano (Manassero 55). Unused subs: Arteaga, Guido, Dall’Orso
Having conceded five in their opening tie two days earlier, Peru could’ve been forgiven for not coming into this clash with the hosts high on belief. They had brought back experienced libero Olaechea, packed their defence and midfield, sat deep, and were also aided somewhat by a dreadful playing surface, which made passes along the deck extremely difficult. They were still riding their luck in a couple of situations, but also found the Brazilians languid. In a game where chances were restricted to a minimum, Purizaga saved an early second half effort from Branco. The ‘keeper saw red late in the game for a scuffle with Renato, and Chávez-Riva, who had been ousted after their opening fixture, was back between the sticks for the remaining game time. It was ultimately a deserved point against a lacklustre opponent.

05.07.1989: Venezuela 1-1 Peru (Estádio Fonte Nova, Salvador)
Goal: Navarro
Line-up: Chávez-Riva – Carranza, del Solar, Requena, Olivares – Valencia (Rey Muñoz h-t), Manassaro, Reynoso, Uribe (c) – Navarro, Hirano (Rodríguez 61). Unused subs: Arteaga, Guido, Torres
Team manager Pepe was left hugely frustrated and disappointed after his team could only muster a point against the group’s so-called whipping boys. He felt that the Peruvian select was lacking in fight and direction, and they were now left with little chance of progressing through from the original group stage. They had once again been without Olaechea, after the experienced libero had given such a fine interpretation of the defensive role against the host nation two days earlier. This once again saw the return of del Solar to the back four, with Manassero coming back into the starting eleven. Navarro’s goal had occured right from kick-off after Maldonado had given the Venezuelans the lead on 29 minutes.

09.07.1989: Colombia 1-1 Peru (Estádio Arruda, Recife)
Goal: Hirano
Line-up (4-4-2): Purizaga – Carranza (Guido 70)(Arteaga 86), Olaechea, Requena, Olivares – Reynoso, Valencia, del Solar, Uribe (c) – Navarro, Hirano. Unused subs: Chávez-Riva, Manassero, Dall’Orso
Theoretically, Peru were still not necessarily out of the tournament after this final round of fixtures, but they would need to win and for Brazil to lose against Paraguay later, making up five goals on the host nation in the process. It also went into the equation that Colombia were needing a win of their own to have a chance to progress, something which didn’t seem to favour a Peruvian team which had failed to impress hitherto in the competition. They were once again in their somewhat narrow 4-4-2, where skipper Uribe remained with the majority of the playmaking responsibility. Peru offered little in terms of possession, and were too often languid in their build-ups, something which saw them stopped in their tracks by the Colombians. Navarro had come close to scoring in their first attack, though his shot had gone wide, and then they’d suffer a goal against courtesy of an Iguarán strike. Having been on the back foot for the majority of the half, the Peruvian did get a surprise equalizer almost on the stroke of half time when Hirano was played through and finished neatly over Higuita. 1-1 at half time did neither team much good. Peru didn’t have much to offer as an attacking force during the final 45 minutes, only very sporadically. They needed to stand up to some more urgency from the Colombians, who were camped inside the Peruvian half for large spells. The centre-back pairing of Olaechea and Requena repelled wave after wave of attack, and also thanks to some poor decision-making from some of the Colombian players, Peru were able to restrict the opposition to efforts from around the 18 yard line. Purizaga dealt well with what came at him. Three right-backs were in action after José Carranza had first been replaced, and then his successor Carlos Guido needed to come off for Jorge Arteaga. Peru out.