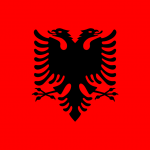 Match 2
05.11.1988 Albania 1-2 Sweden
90 minutes.
Rating: 6.6
“Would probably have struggled more with the quick Ekström had the Albanian backline been higher up the pitch. As it is, he keeps the Swedish forward well in check apart from that crucial moment when Ekström holds him off and nets the winning goal.”

Match 3
08.03.1989 Albania 0-2 England
90 minutes.
Rating: 6.9
“Sound man-marking job on Lineker first, then later on Waddle and Beardsley. Confident on the ball, and does not make a lot of mistakes. Even seen venturing across the halfway line on a couple of occasions.”

Match 4
26.04.1989 England 5-0 Albania
90 minutes.
Rating: 6.6
“Plays like he’s got bags of experience despite his rather young age. Composed, well-disciplined, does a better job as a man-marker than Gega, and is an awkward opponent for Lineker. Quite stylish on the ball as well.”

Match 5
08.10.1989 Sweden 3-1 Albania
76 minutes (substituted).
Rating: 6.7
“Has many a tussle with Magnusson, and can’t quite get to the Swedish striker in the air. Shows his composure along the ground, and has decent positioning. Has already taken a knock when he has to leave the field with a dead right leg after a collision with Limpar.”